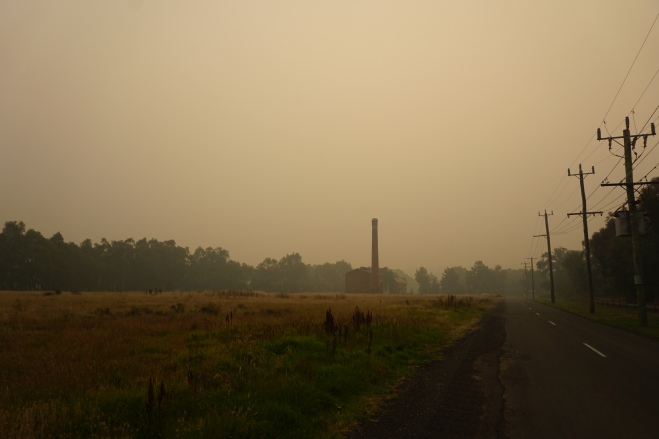 The new year has started. It’s over half way through January. By now most people have made their resolutions and are possibly starting to slip up. New habits take around 3 weeks or 21 days to form so it’s natural that this would be the make or break point for a lot of well meaning people.

How am I going with mine?

I can’t say I really made any resolutions in the end but I did opt to write down some things I wanted to work on this year. One of them was to be more active, both physically and on this site. I know I’ve got a tendency to write in a vacuum so I thought perhaps I would try and share more of my writing. If I stop re-reading this and hit post, I’ll consider that a win, as I’ve been hovering on it since last week.

As for being more physically active well I didn’t want to sign up to a gym as I’m not a gym person and signing up on the first of January is basically a donation for most people anyway. It’s not that I don’t see the benefits but I am inherently lazy; I don’t like lifting heavy things for no reason other than vanity. If I had to lift a lot of heavy things every day as part of my job then I would see my muscles getting bigger as being a side benefit. But machines designed to make things heavy for you to lift? I don’t get it. It’s like digging a hole just to fill it back in again, it’s pointless work and a waste of energy. For me, exercise is all about being functionality fit.

I toyed around with a couple of ideas about what to do. In the past I’ve enjoyed surfing and boogie boarding but I don’t get down to the beach enough and there’s a bit of time involved. Packing the gear into the car, driving down, getting into the wetsuit, then reverse engineering all of that when you’re done easily adds 20 minutes each side of a session. I would be up for getting back into the sport but realistically I would only be getting there a couple of days a week. I know that to get fit you need to be exercising at least 3 days a week, so having my fitness goals hinge upon my lifestyle suddenly having 1-2 hours of “free time” three days a week is not realistic.

I used to love football as an adolescent but I’m too unfit these days and can’t be bothered with all of the banter that comes with a team of 20 or more blokes. I’m not saying I hate it nor am I saying that everyone is misogynistic but if it’s going to happen it’s in that environment. I know I have a tendency to join in and get carried away at times with the banter and afterwards I think shit, that wasn’t really in line with my individual thinking. Plus footballs really not my scene in general, especially at a really sporty club where everyone is into health and fitness and sport. The pub league sounded interesting but I don’t think it’s in Geelong. Pity, I’m sure that league was more in line with my hobbies and interests.

Brazilian ju jitsu and shoot fighting were some other activities I used to enjoy that also increased my self confidence as I learnt how to defend myself while I got fit. I really enjoyed it the last time I lived down here but the classes are difficult to get to with the hours I work and if I’m only getting to one session a week it’s pretty expensivet. I didn’t mind beach volleyball but it was only once session a week. Jogging was alright but that was mainly just a reason for me to get out of the house for a while and listen to podcasts while I tried to win fitness challenges with some of my work colleagues.

As you may be able to surmise, I can talk myself out of things quite easily.

I’ve had one idea floating around in my head for a while though, and that was to get a bike. I’m not going to delude myself; I am getting a bike as an alternate means of transport and not because I want to spend long hours of my life pedalling. Just as I don’t want to spend long hours of my life in the gym lifting heavy things, I don’t get pleasure or enjoyment out of exercise in and of itself. My logic runs like this. I turn up to work every day that I’m rostered to work. I’m consistent, I never miss a shift unless I’m sick. If I began riding to work, the side benefit of that would be fitness. Same as going to the shops. Instead of driving there, I would walk or ride my bike unless I was getting an exceptionally large amount of goods.

I spent a bit of time researching bikes late last year and was shocked to find out the price point for entry was close to $1000. Don’t get me wrong, despite my jewish looks and behaviour around money, I’m happy to pay a fair bit of cash for something that’s good quality. But the truth is that this was just an idea, not something I was intending on really forking out for. I want to buy a 7 or 8 string fan fretted hybrid guitar and a new computer so I can make music and movies on, and spending $1000 on a bike is a step away from those goals.

He said how he had an old bike sitting around that I could have. He said it had once been pretty good and while it might be a bit banged up, it should be alright. So he brought it in to work one day and after a new back tube, some lights, and a unicorn horn, I’m all set!

One job I work at is 3 K’s from my house and 3.6 K’s from Becs. I’ve ridden there 3 out of 5 shifts now. It’s small going I know but it is something. I am also contemplating riding to my other job, which is 8 K’s away. Now that ride will take me some serious time, for one I’ve got to figure out how to get there without being on the roads. See Geelong isn’t like Melbourne. There are less bike lanes. There are more hills, at least in the areas I am riding around in. It makes setting off on a ride to work quite the event for me.

As for writing, well I haven’t missed a day yet but I am also between projects. So all I am writing is goals and rants and things like that. Is it helpful? I don’t know. I am trying to write down a brain dump every day as well as one thing I am grateful for about yesterday. I know its pretty lame but I feel like doing this and purposefully looking for positives in my life will be far more beneficial than looking at the negatives. We shall see how it goes, I haven’t done it for a week yet so there’s plenty of time for me to lose momentum with it.

I also spent some time fixing up my pedal board and making it neater. While I haven’t changed a whole lot it does make things easier to access. Music was once a much higher priority and while I do intend to get back into it, I feel like until I get the equipment set up to record a bunch of new songs I’m in limbo land a bit. It’s an attitude more than anything and perhaps that’s something I should aim to do next week, make a new song.

Fuck it, I’ve written it in to my planner for the next time I have a day off!

I think I’m just going to hit post. Like fuck it, I need to move on and get to work or else I’ll make some excuse and drive. Fuck that noise!

2 thoughts on “Trying to start on the right foot”